A downloadable game for macOS

THE STORY OF GENESIS

In the year 5010, the humans of Earth have realised their utopian dreams of attaining peace in humanity with no conflict between them whatsoever. In the International Space Exploration District, Scientists have detected strange radio signals far out from their solar system which is described to be extremely fast-moving objects. Space Fighter Jets and carriers is sent outer space to investigate what is out there heading towards Earth’s direction. There are then reports of the Space Fighter Jets being destroyed just as the strange objects are heading past Jupiter. It was confirmed that the aliens appeared to be hostile, and so Earth prepared protocol 5 which is an act the Earth must take if the entire planet is in danger.

Earth fights against the invaders using as many military soldiers as they could from around the world, but the alien military technologies proven to have overwhelmed Earth’s defences and so too many have died fighting against them. It was an option they never thought they would take, but they went to protocol 6, the final protocol of human evacuation from Earth to Mars as their back-up planet. Many evacuated successfully, while some didn’t make it, and others were left behind to fend for their part of Earth.

Centuries have passed by, and the humans settled into their new planet comfortably calling themselves Martians, and referring to the invaders centuries ago as Earthlings, though it was forgotten. As the Earthlings (past invaders) learnt the human language, they were able to communicate with the Martians. The Earthlings were able to explain the reason for their invasion which they were desperate to find a stable planet to sustain life, otherwise they would have been extinct. Both the Martians and Earthlings leaders signed a peace treaty and a promise to trade resources with each other like fellow neighbours.

Further through the years, a new Martian leader was elected, though he is claimed to be a dictator compared to the previous leader. The leader is known to be Hastor Xavarian Supreme, who was originally one of the top scientists in Mars and made his way up into politics. Hastor had bad experiences with the Earthlings, one including the ruthless death of his father as he broke a general rule during his visit in Earth and was executed by the Earthlings. Hastor wanted revenge on the Earthlings, and to reclaim of what was their home planet before the Earthling invaded it.

Hastor destroyed the peace treaty and declared war against Earth. The leader however knew that they were still in a disadvantage against the Earthlings because they were ahead of the Martians in terms of technology advancements. However, the Martian’s top scientists were developing this secret weapon for years just in preparation for a war to take back their planet. This resulted in using old dead bodies of the invaders that came in contact with Earth for the first time. With this research, they created genetically enhanced soldiers to fight back, though they weren’t the typical Martian soldiers. They are referred to as ‘M’ models with no name but a number as an identification. ‘M’ 101 is known to be the last to be ever created and also the most powerful. Just like all the other soldiers, M-101 is 60% Bardan (Earthlings), 30% human (Martians) and 10% artificial (Other matter). The story will focus on M-101’s journey through the war.

Play the game windowed and at medium graphic setting for best frame rate. 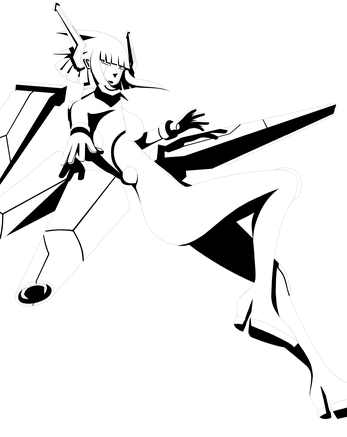